At the entrance of the Royal Palace in Madrid

I arrived in Madrid from Seville via the country’s high speed train – the Renfe. The entire train ride took a total of approximately 2.5 hours -– going on a speed of about 193 mph (or 310 km/h). I paid around 100 euros for the one-way train ride, though you can certainly get it for cheaper if you reserve/plan ahead.

The entire journey was a very pleasant ride. Alternatively, I could have taken a flight with the Spanish low-cost carrier Vueling Airlines, which would have reduced my commute time in half for the same price of the train ticket (and sometimes way cheaper)! But the high-speed train ride was an enchanting experience in and of itself. My ride from Seville to Madrid

…) staff. If you get hungry, there’s even a designated car equipped with a bar where you can order drinks, food (grilled sandwich with jamon iberico with camembert cheese was a personal favorite), or just stretch out, chat (practice your Spanish: mi casa es tu casa Inside the high speed train RENFE A little chit chat while waiting for their orders

This was actually my second time in Madrid after eight long years, the first one being in 2008 when I was doing my student exchange program in France.

Upon my arrival at the Madrid Atocha Train Station, the change of vibe coming from Seville was very noticeable. The pace was a lot faster (well, Spanish standards…) and you immediately feel that you are in a metropolitan city. Cabs, buses, mopeds, pedestrians, honking cars, scattered everywhere the moment you get out of the train station. This was a stark contrast from the moment I got out of the airport in Sevilla – where there was one shuttle waiting outside the passenger terminal.

Madrid Puerta de Atocha sign. I remember taking a similar picture of the sign the last time I was in Madrid. I’m all about the tapas when in Spain. The traditional Spanish tapas such as the  croquetas jamon and Tortilla espagnola are my all time favorite and would seriously consider eating these tapas as valid reasons to extend my visit in Spain.

On this trip, however, I tried something for the first time and absolutely loved it. It’s a Spanish soup called Salmorejo – a purée served cold consisting of tomato, bread, oil, garlic, and usually topped with eggs and Spanish ham. It’s usually referred to as gazpacho’s soup cousin, but a bit creamier. I’ve actually tried making this already since being back in the U.S. – and it’s quite easy!

Watch the video below:

The street signs! I actually don’t know the story behind this (nor why I didn’t notice this on my first trip to Madrid), but you will see plenty of streets in Madrid with an elaborate, artistic, and customized tile designs. Silly me didn’t take pictures, but you can find more info here.

Also, I discovered Mercado San Miguel for the first time. It is one of Madrid’s oldest, and in my opinion, most beautiful market. The architecture is quite stunning – it is an iron structured market with stylish decorations and contains 33 food stalls serving traditional Spanish cuisine. Just make sure you have enough room in your belly for a day’s worth of eating. No shortage of olives here!

I have to say being back after eight long years and revisiting Plaza Mayor and seeing the iconic Tio Pepe sign in Madrid’s central square, La Puerta del Sol. It had this weird nostalgic effect and the memories and impressions of seeing/visiting these places for the very first time came flooding back –  as if it all had happened yesterday.

BEST SIGHTS TO SEE IN MADRID

Some of my favorites: Get away from the touristy stuff for a minute and explore Malasaña, one of my favorite neighborhoods in Madrid. In this hipster district,  you’ll find overflowing of things to do and see with the barrio littered with trendy cafés, bars, and restaurants.

(Also, probably the only reason I discovered this neighborhood is because of my Spanish friend Luis, who happens to lives in Malasaña and became my personal local tour guide) 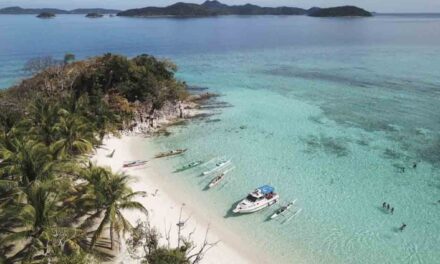